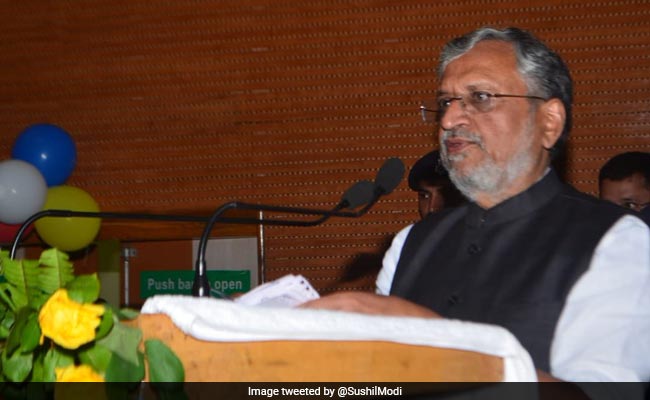 Bihar BJP leader Sushil Kumar Modi on Saturday acknowledged no chief minister can refuse to put in pressure the amended citizenship law. Mr Modi, who’s furthermore the Deputy Chief Minister, acknowledged there is just not any longer this sort of thing as a quiz of discussing the jam of Nationwide Register of Voters (NRC) as Top Minister Narendra Modi has made it determined that the manager had by no system talked about it.

“NPR and NRC are two diverse things,” Mr Modi told reporters in Patna, along side the Congress and the Rashtriya Janata Dal (RJD) are to blame for the “confusion” over the Nationwide Inhabitants Register (NPR), NRC and the Citizenship (Amendment) Act.

“No chief ministers, even if he or she is opposed to CAA and NPR, can refuse to put in pressure them. Neither West Bengal chief minister Mamata Banerjee nor Kerala’s Pinarayi Vijayan can exclaim that they would well furthermore simply now no longer put in pressure NPR of their states. They’ll exclaim the rest for public consumption. But they can not exclaim no to CAA and NPR… A census director in every affirm has already been appointed, along side in West Bengal,” Mr Modi acknowledged.

The system of preparing the NPR began in 2010 at some stage in the UPA regime, which used to be performed between April 1 and September 30 that year, Mr Modi acknowledged. The centre is acceptable “updating” the NPR 2010 in 2020 earlier than the 2021 census, he added.

The NPR route of in 2020 will be implemented between April 1 and September 30 in the nation. In Bihar, this can furthermore also be performed between May maybe well seemingly also 15 and May maybe well seemingly also 28, Mr Modi acknowledged. Administrative and punitive action will be taken against officers in the occasion that they refused to maintain NPR, he added.

Accused In Kamlesh Tiwari Raze Made False Yarn To Befriend Him:...

68 unnecessary in Kerala floods, Rahul Gandhi arrives in his constituency...

Delhi Cop Who Died In CAA Clashes Used to be Shot...

Elections for 55 Rajya Sabha seats to be completed on March...