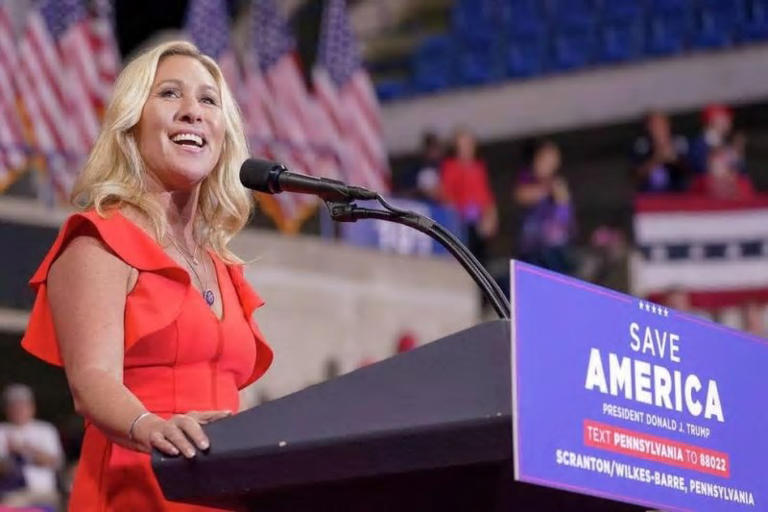 Two reporters from the Right Side Broadcasting Network that were inside the crowd awaiting the start of former President Donald Trump’s rally in Wilkes-Barre, Pennsylvania on Saturday abruptly abandoned United States Congresswoman Marjorie Taylor Greene (R-Georgia) when they spotted a more newsworthy Republican.

Greene had been speaking about campaign tactics when the two men interviewing her noticed that Pennsylvania GOP gubernatorial nominee Doug Mastriano, whom Trump has endorsed, had arrived on the scene.

“Doug Mastriano!” one of the men said before they both rapidly zipped off hoping to catch Mastriano’s eye. “Gonna try to get Doug over here.”

Both Greene and Mastriano gave speeches at Trump’s event.