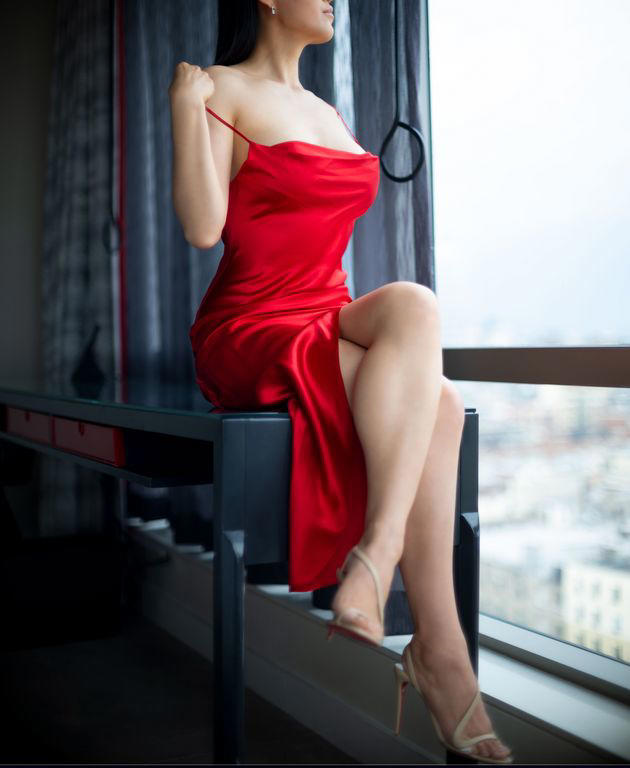 hen you think of an escort, you might think of a single woman. In a lot of cases, this is true. The sex work industry is still surrounded by stigma, and many people can’t handle being in a relationship with someone whose job is to entertain men. As a wife who works in escorting, however, I look forward to my husband pouring me a glass of Sancerre after work while I count my bills.

I met my husband online, like many other busy professionals. I started escorting maybe a few months after we started dating. There are pros and cons of having a sex worker as a partner, but I’d say ours are not what you’d expect.

I am out as a sex worker to everyone in our lives. My husband is a financial technology executive. Tech is a very liberal industry, so my job is honestly not an issue. In fact, young software engineers think that it’s “cool” he’s married to a hot, high-end escort. But it doesn’t erase the overall societal stigma surrounding my work.

In most social settings, we either downplay or redirect the conversation away from my job, as it often makes acquaintances uncomfortable. And even those who aren’t will tend to ask so many questions that the subject dominates the conversation, which neither my husband nor I want.

I had been working on Wall Street for 10 years when I decided to transfer my corporate skills to the world’s oldest profession. It turns out, having the brain and interests of your stereotypical investment banker (and the body of a stereotypically attractive woman) makes for excellent high-end escort marketing.

I speak 4 languages — Chinese, English, Spanish and Arabic — I’ve traveled to over 60 countries, I collect scotch, I like racing sports cars, and I used to be a competitive MMA fighter. Sounding like a finance bro’s dream girl yet?

It may surprise you to hear that my husband doesn’t have any feelings one way or another about my work. When I told him I was planning on leaving my old firm to become an escort, his immediate reaction was: “Oh, I think you’ll be very successful in that. Do you need help with your website?” I think it helps that we’re both highly rational people who don’t experience much sexual jealousy.

Previously, I worked 70 hours a week in finance, constantly glued to my BlackBerry phone and usually stressed out. Now I work 20 hours a week, if that, for the same amount of money and a lot less stress, and my clients are wonderful. My husband is happy for me because he loves me and wants me to be satisfied with whatever job I choose.

I have colleagues who’ve had to quit sex work when they entered relationships with partners who couldn’t handle it. My husband looks at my career no differently than any other. He’s just happy that I’m happy.

I think another reason why my marriage works so well is because it’s nonmonogamous. We’ve had an open relationship from the day we started dating — and in fact, it never occurred to us to be monogamous.

There are many escorts who are monogamous. However, I’m not one of them. I’ve learned a lot from being an escort, and one of the biggest lessons has been that cheating is common but divorce doesn’t have to be.

It’s extremely difficult, if not impossible, to be all things to a partner. Often the person you choose to have a family with is not the same person who shares all your sexual desires or social interests.

Even though most “civilians” — that’s what we in the biz call non-sex workers — would never think of sex workers as saviors for their marriages, we make up for a lot of the missing pieces. My clients come to me because they want experiences that their wives can’t participate in or aren’t interested in, not because they want the dissolution of their marriage and family.

In my personal life, I have a girlfriend whom I met a couple of years ago at a photoshoot. She’s also a sex worker. While my husband and I prioritize our relationship but see other people, my girlfriend is polyamorous, meaning she has many partners of equal priority.

My husband has a strong desire for variety, like many of my clients, whereas I probably haven’t had sex with anyone other than him, my girlfriend and my clients in years. He tends to go on more casual dates, while I spend time with my girlfriend. We’ve also booked sex workers together a few times because we didn’t want to be that problematic couple on Tinder going “unicorn hunting” — a term sometimes applied to male-female couples seeking a female third.

Our only “rule,” if you can call it that, is that we prioritize work first, then each other, and then everyone else. I say work first because we both honestly love our careers more than anything else in the world, including each other.

That said, just because I don’t put a limit on my husband’s sexual exploits doesn’t mean I don’t have certain expectations of his time and attention. When he left our hotel during a vacation in Argentina to have a 1 1/2-hour conversation with another woman, suffice it to say he was sleeping on the couch.

Some people think they could never be nonmonogamous because they’d get too jealous, but jealousy isn’t as black and white as people think. My husband and I become more envious over each other’s careers than we do about the people we’re having sex with.

He’d probably say it was his dream to get paid to have sex like I do, but unfortunately for him, he’d never make what he does as a tech executive by being a male escort. Meanwhile, I get jealous of his tech skills when I build some large data analysis tool, spend half an hour trying to debug my syntax errors, and then watch him fix my embarrassing mistakes with half a line of script.

Monogamous folks also often assume that nonmonogamous couples are less committed. I can’t speak for everyone, but I can confidently say that my husband and I feel just as committed and in love as any other happy couple. Because we see other people, it feels like we choose each other every day and sometimes every waking hour. For us, what keeps our marriage committed isn’t the exclusion of other sexual partners, but the ability to grow together.

Many monogamous couples settle when they get married. They let go of certain things that they want because having a partner who is monogamous (or at least one they think is monogamous) is more important to them. That is a valid choice.

But my marriage and clients have taught me that commitment doesn’t necessarily manifest in monogamy. Being an escort in an open marriage means that I see many different kinds of people regularly, and I still choose to stay with my husband. We’re making the intentional decision to spend our time together, despite knowing what else is out there.

My marriage may seem odd to some, and it is definitely untraditional. But we have always been people who make our own rules and decisions. I think our independent thinking and rationality both led us to our chosen careers and to each other as partners. And honestly, I can’t imagine it any other way.